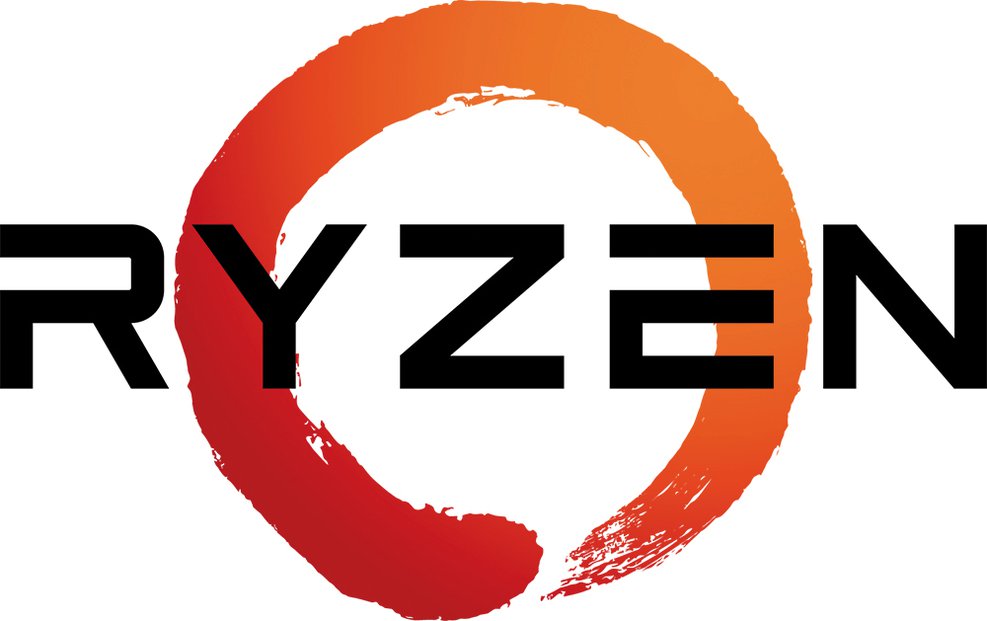 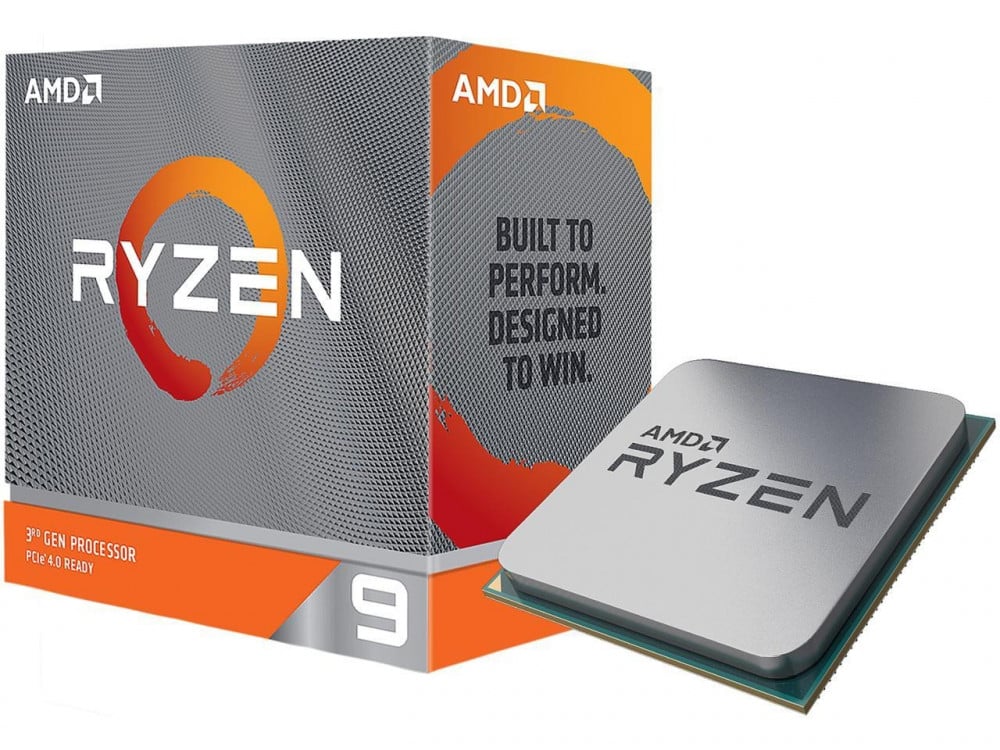 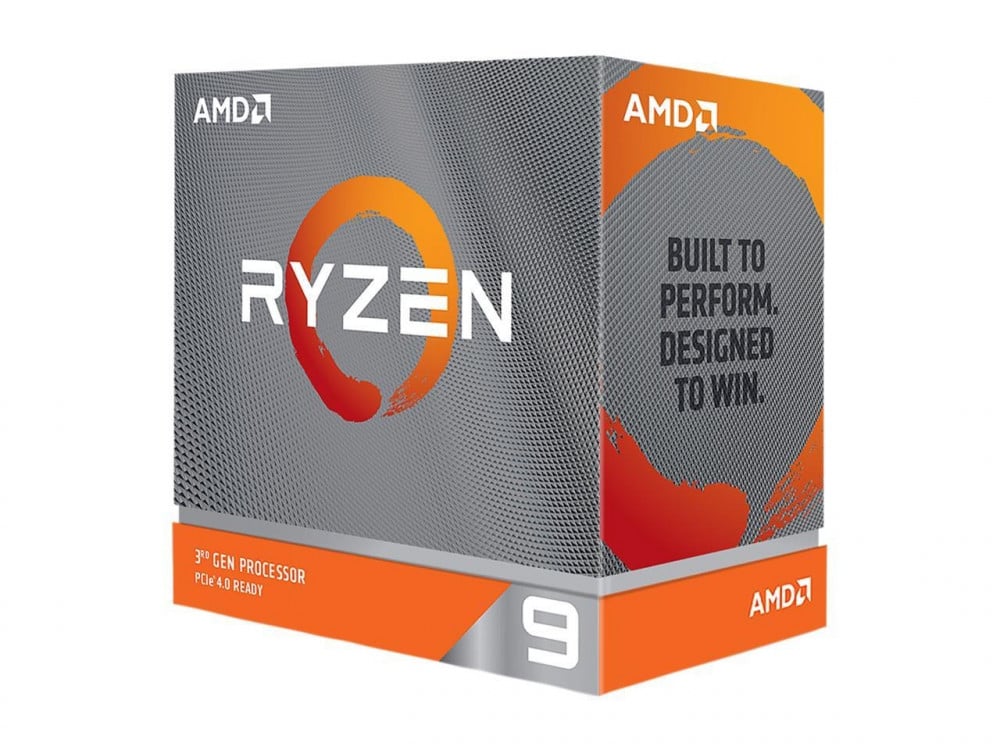 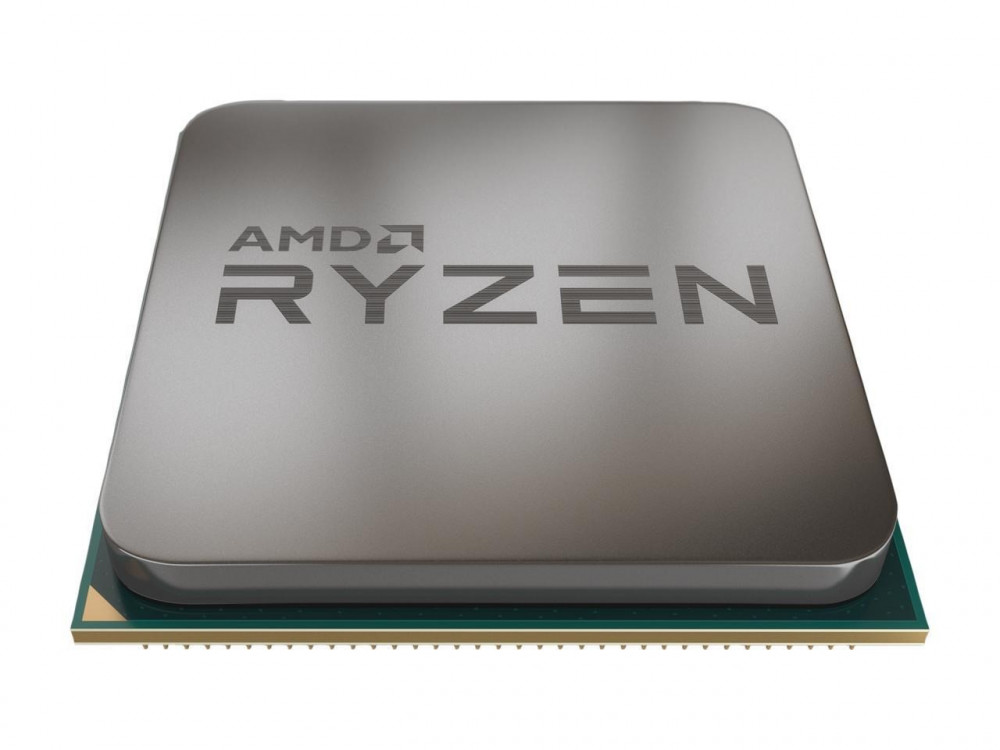 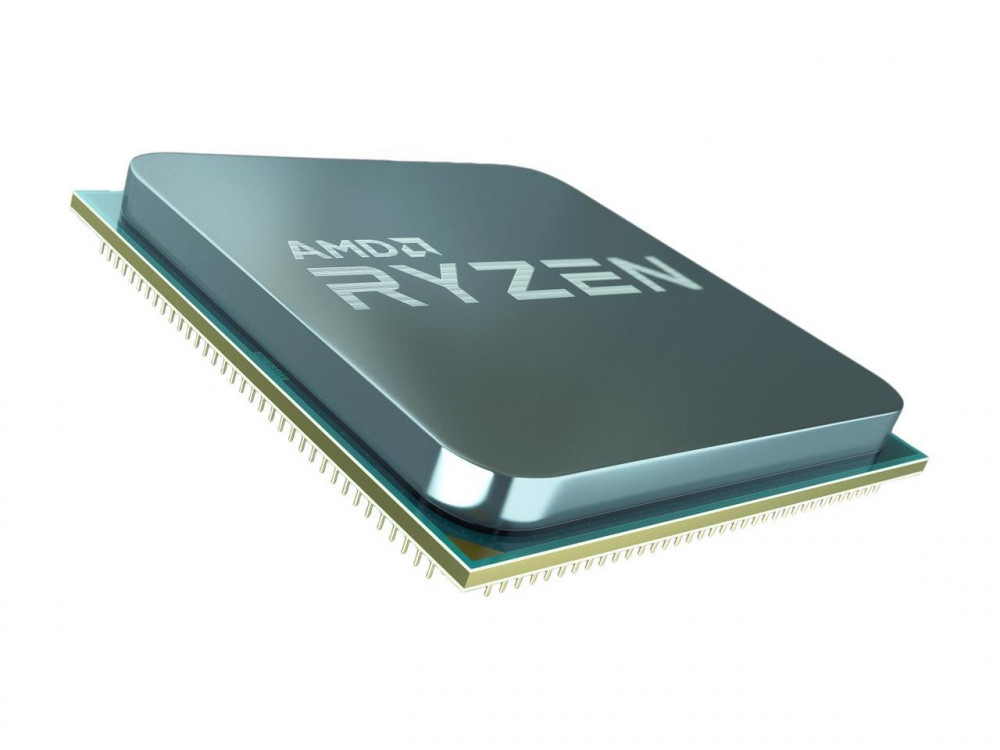 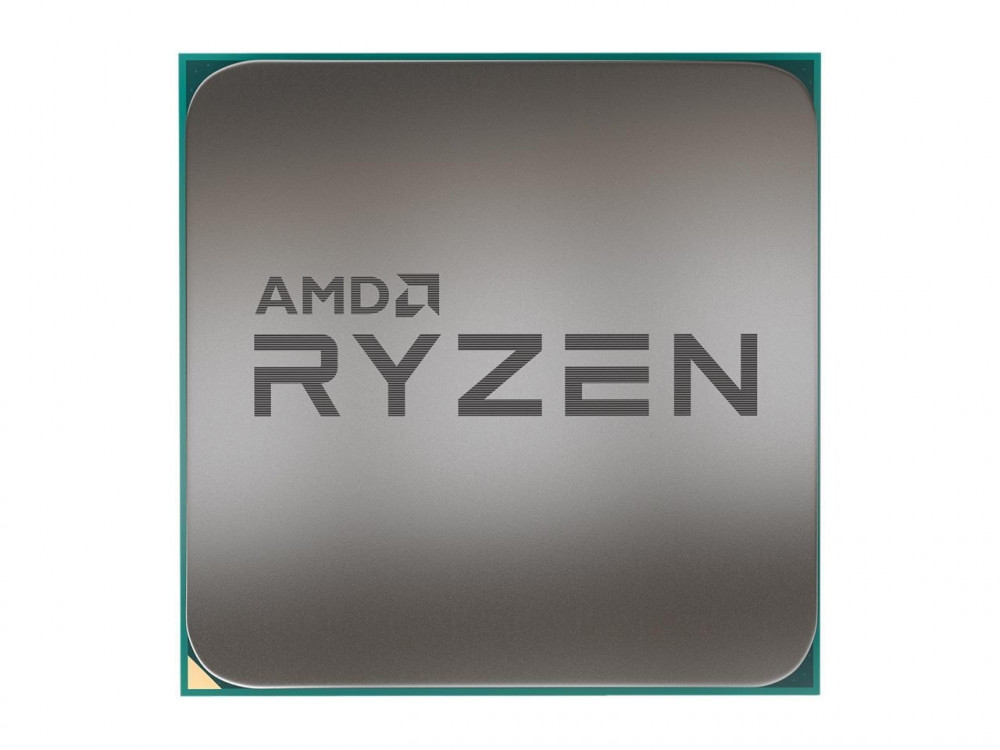 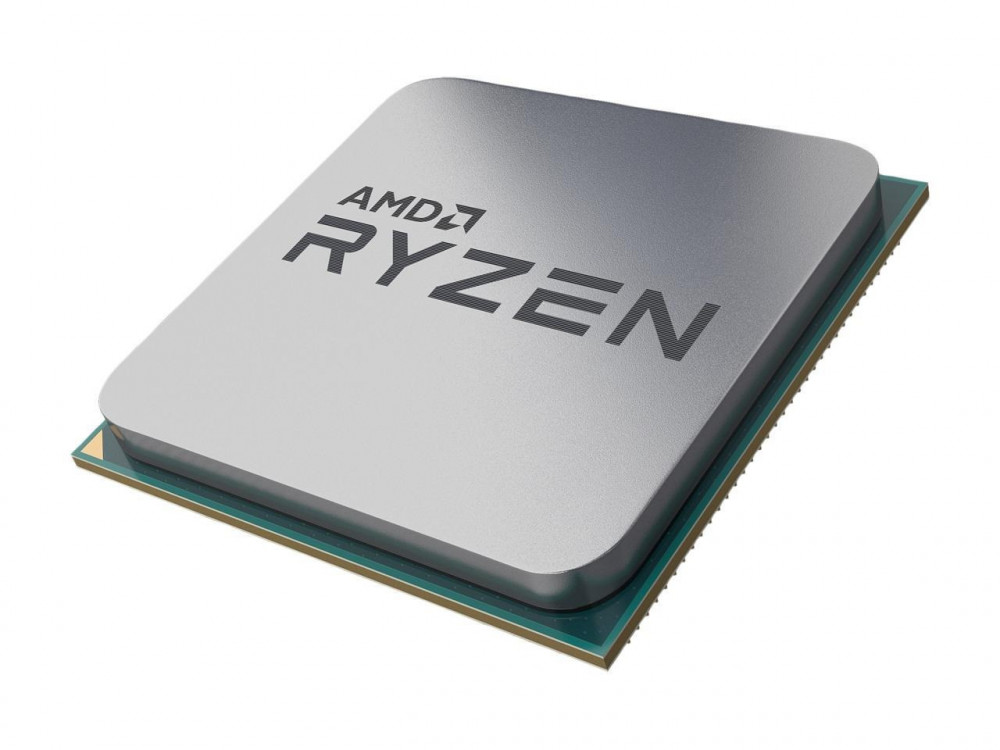 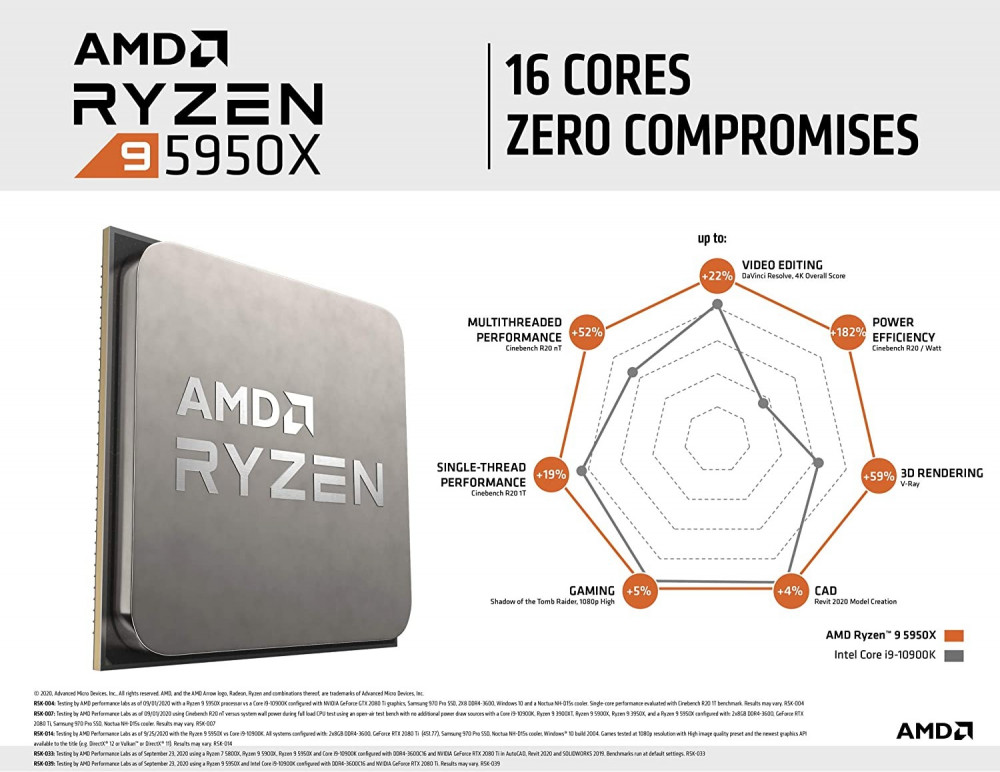 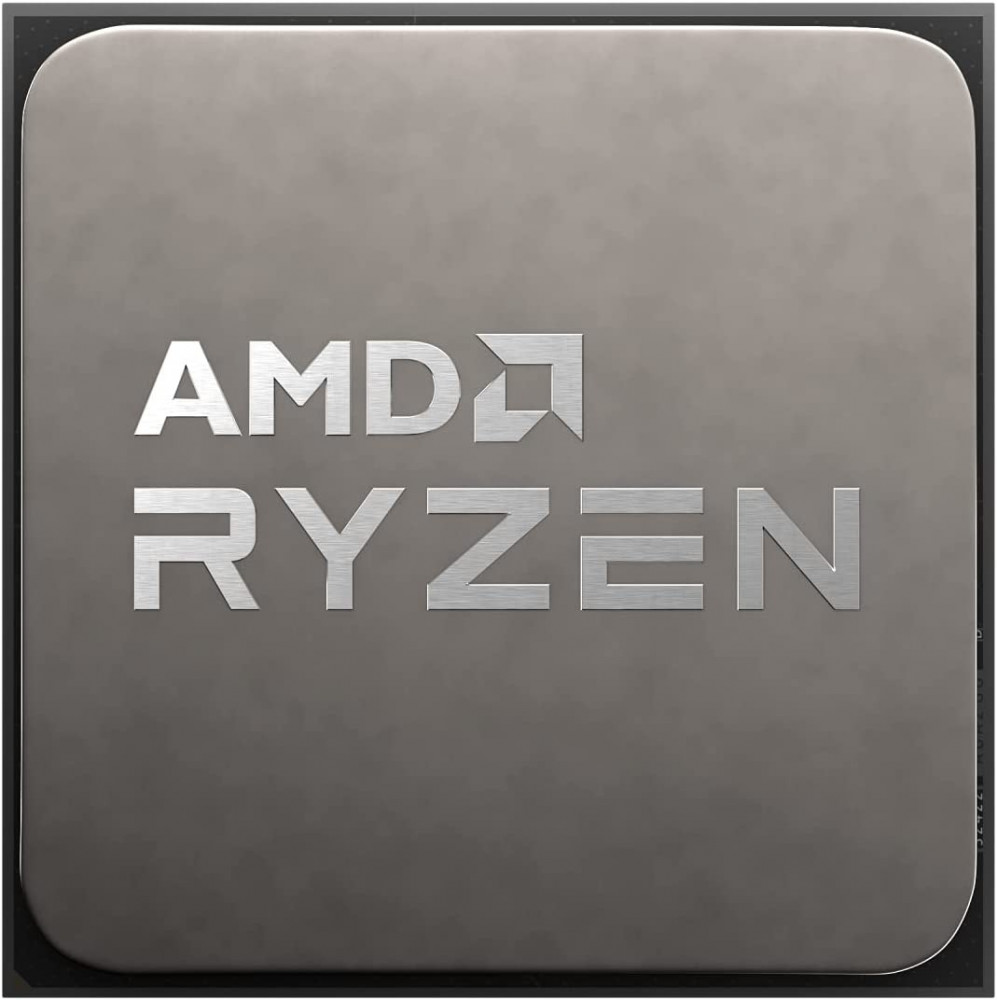 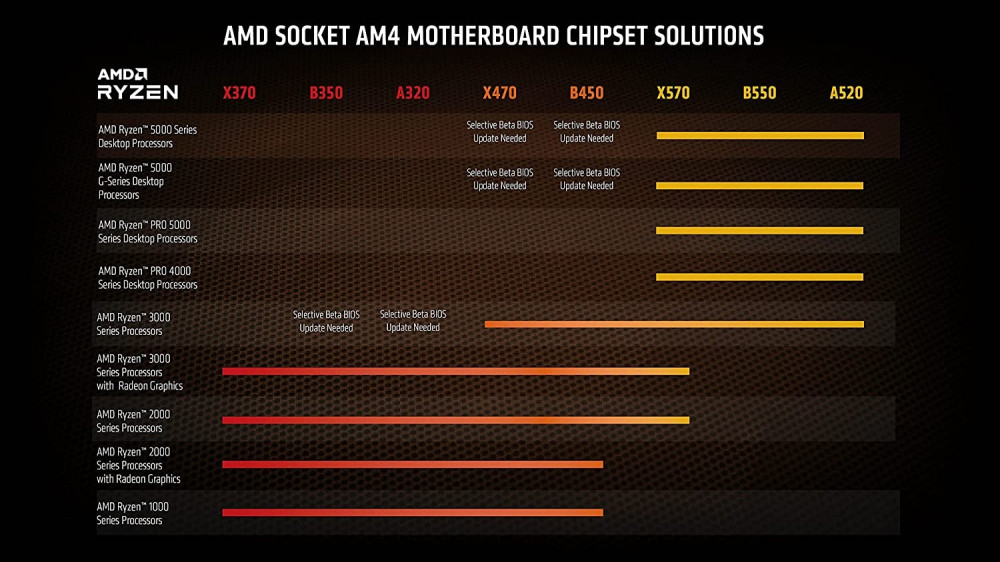 Game with the Best

6 incredible cores for those who just want to game.

Get the high-speed gaming performance of the world’s best desktop processor.

When you have the world’s most advanced processor architecture2 for gamers and content creators, the possibilities are endless. Whether you are playing the latest games, designing the next skyscraper, or crunching data, you need a powerful processor that can handle it all—and more. Hands down, the AMD Ryzen™ 5000 Series desktop processors set the bar for gamers and artists alike.

AMD Ryzen™ 5000 Series processors power the next generation of demanding games, providing one of a kind immersive experiences and dominate any multithreaded task like 3D and video rendering3, and software compiling.

AMD Ryzen™ 5000 G-Series processors feature the fastest graphics performance4 available in a desktop processor or pair with a graphics card to supercharge your gaming performance.

AMD Ryzen™ processors have all the best features to keep you in the game.

AMD Ryzen™ processors are easy to configure and easy to customize.

Not only are these processors drop-in ready on AMD 500 and select 400* series motherboards with a simple BIOS update, you can easily tweak and tune your processor with Ryzen™ Master and AMD StoreMI.

Pair your AMD Ryzen™ processor with a high-performance cooling system for unparalleled performance.

Expand and accelerate the storage in an AMD Ryzen™-powered PC.

Build Your Own AMD-Powered PCIe® 4.0 Desktop

AMD Ryzen™ processors and Radeon™ graphics enable the ultimate gaming platform for any gamer, across any setting and any resolution.

AMD proudly powers the Mercedes-AMG Petronas Esports Team. Equipped with AMD Ryzen™ 7 5800X processors, the 2021 seasons is laying the virtual track for Jarno, Dani and Bono to blaze past the competition.

A fast and easy way to expand and accelerate the storage in a desktop PC with an AMD Ryzen™ processor.

Whatever your storage acceleration needs, AMD StoreMI technology automatically pairs your most-used files with an SSD cache for peak performance.

AMD StoreMI technology has been rebuilt from the ground up with a new algorithm that makes it safe and simple to use. Now, a StoreMI configuration simply mirrors your most-used files to an SSD of your choosing, leaving the original copy intact. The software seamlessly redirects Windows® and your applications to use the faster mirrored copy. Removing or disabling the SSD cache leaves all of your files on the hard drive, right where they started.

AMD StoreMI technology can get files running at SSD-like speeds. Simply add an SSD to your system and let StoreMI do the rest.

Feeling the pain of slow startup times or an unresponsive PC? Just add an SSD, and StoreMI can automatically help your PC feel smooth and snappy

AMD StoreMI uses widespread and affordable technologies, like SSDs and NVMe, to accelerate the high-capacity storage you already have.

No need to reinstall Windows® to enjoy the benefits of AMD StoreMI technology. Just add faster storage devices to your system, and StoreMI will do the rest.

PC enthusiasts often have many large hard drives for their library of files. AMD StoreMI technology makes it easy by managing those drives as a single large pool.

Every AMD Ryzen processor is multiplier-unlocked from the factory, so you can personalize performance to your taste. AMD provides the AMD Ryzen Master utility to access this powerful advantage.1,2 As AMD Ryzen Master has evolved to support an increasingly diverse set of CPU products and features, the user interface has also grown increasingly complex. We have developed a useful “basic view” that provides access to the most essential features and telemetry. You can toggle between the new “basic view” and “advanced view” to see the overclocking features that are right for you.

The new basic view provides you with the ability to automatically overclock your CPU, manually control how much overclocking you wish to apply as well and give you a view of important system parameters like the CPU temperature, speed and voltages.

AMD Ryzen Master Advanced View provides for up to four profiles to store custom user-defined configurations for both the Ryzen™ CPU, integrated Radeon™ graphics and DDR4 memory. You can adjust performance parameters for the active cores, integrated graphics frequency and adjust memory timings. You can optimize for general performance or fine tune the settings for your favorite applications.

The integrated GPU in the AMD Ryzen™ with a Radeon graphics processor can also be overclocked for even higher gaming performance when overclocking cores and memory. Customize your performance for your favorite game, save the profile and you can easily return to the optimized setting.

Accurate hardware status updates are vital, so AMD Ryzen Master has you covered with both real-time monitoring and a histogram of per-core clock rates and temperature, including average and peak readings.